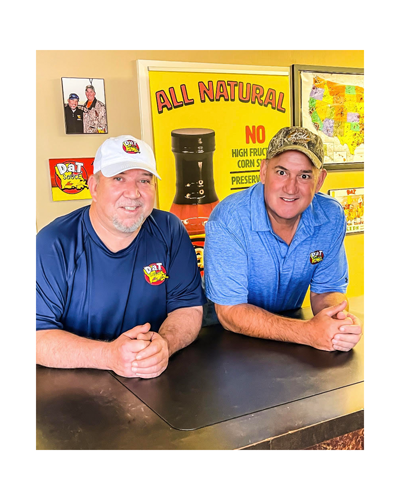 Once the supply of “Pop Sauce” started to slowly disappear, Don knew he had to do something about it. He tried for years to remember the ingredients and recreate the sauce, but he could never get it quite right. He eventually just gave up on that plan and decided to create his own sauce. He spent a lot of time in his back yard with a crawfish pot trying different ingredient combinations and different processes until he got it just where he wanted it.

In 2012 after many attempts, Don and everyone in his family and circle of friends agreed that he had finally nailed it. Later on that year around Christmas time Don ordered some bottles, had one of his sons make a label, made a big batch of sauce, and then had his wife and three sons to help him bottle it all up. Thus D.a.T. SaUcE was born! The name comes from Don’s full name, Don Abner Tabor. After they got it all bottled up and ready to go he made a Facebook page and created himself an email account.